SUGAR LAND, TEXAS (July 21, 2014) La Vita Loca Photography's Darla Tamulitis was on hand in Sugar Land to document the Skeeters' 5-3 win over the Lancaster Barnstormers. Below is a slide show about the game. 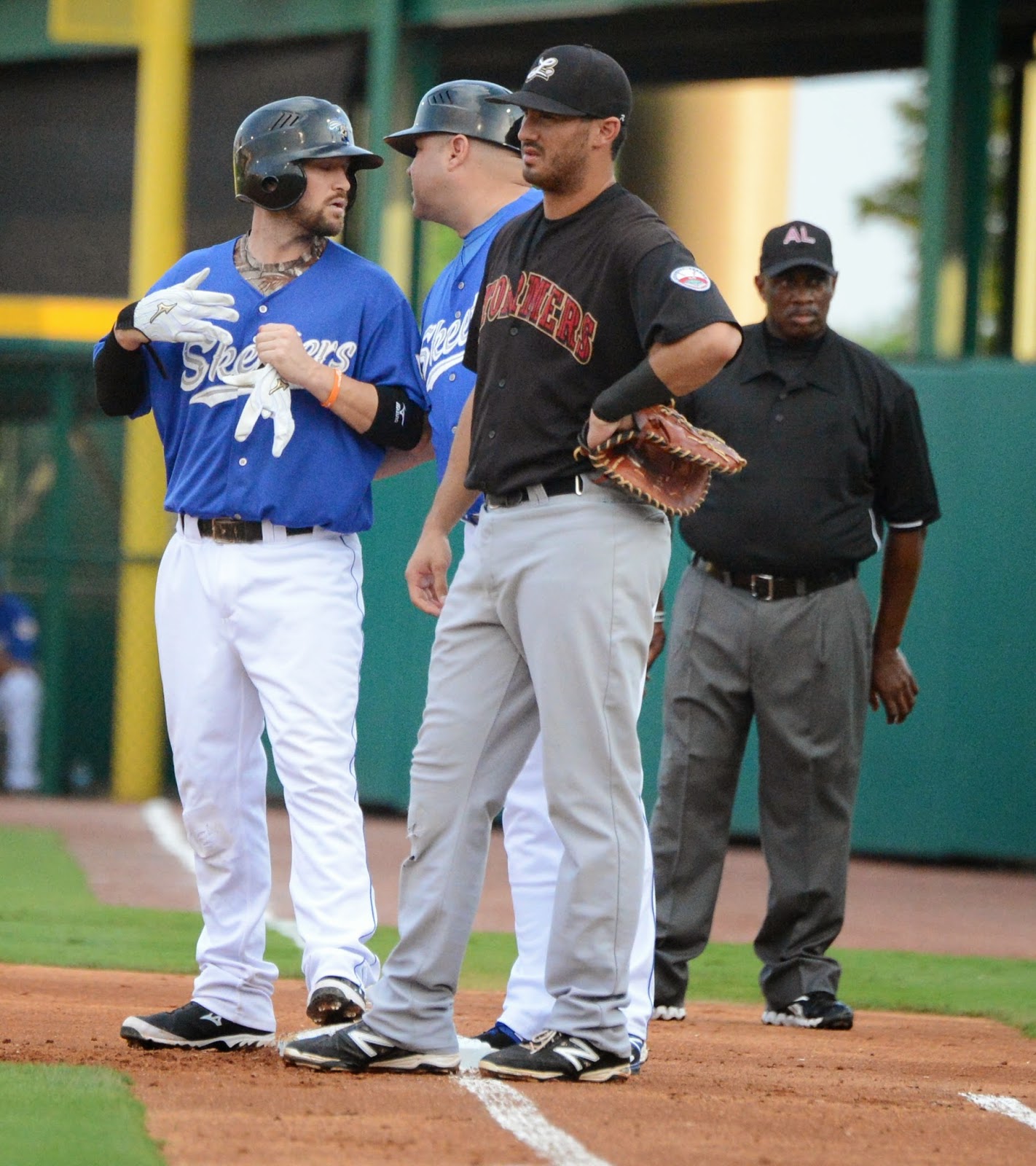 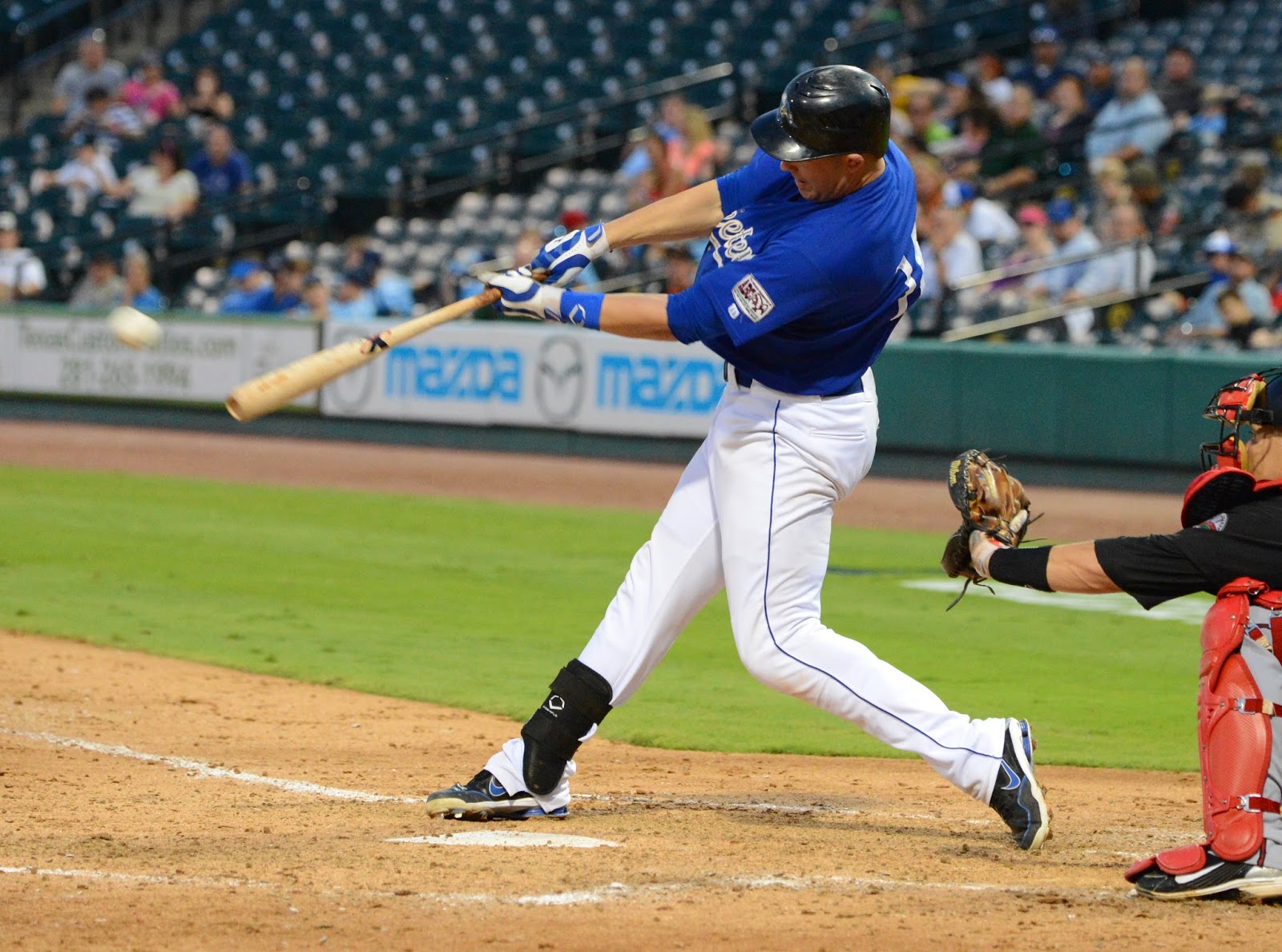 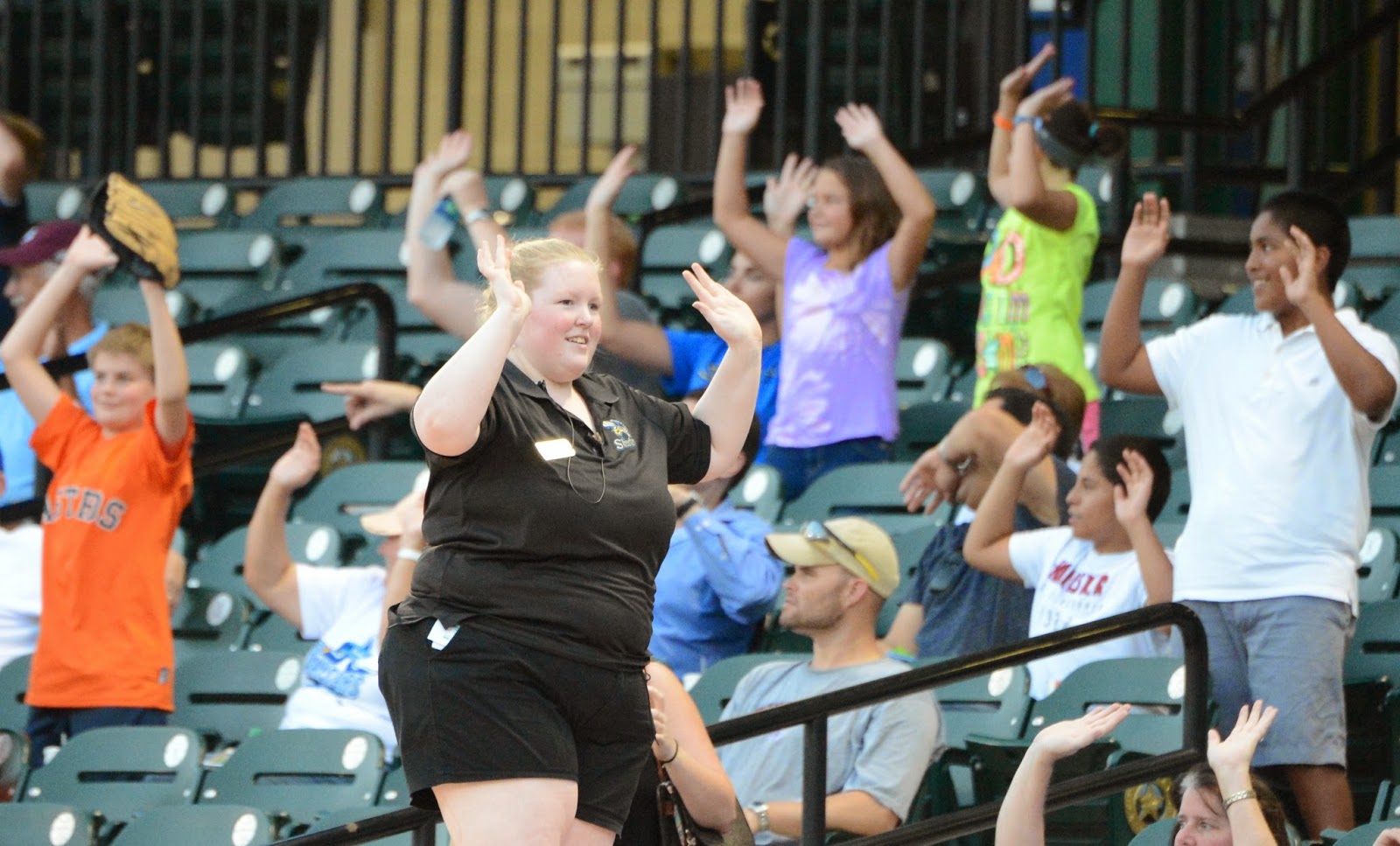 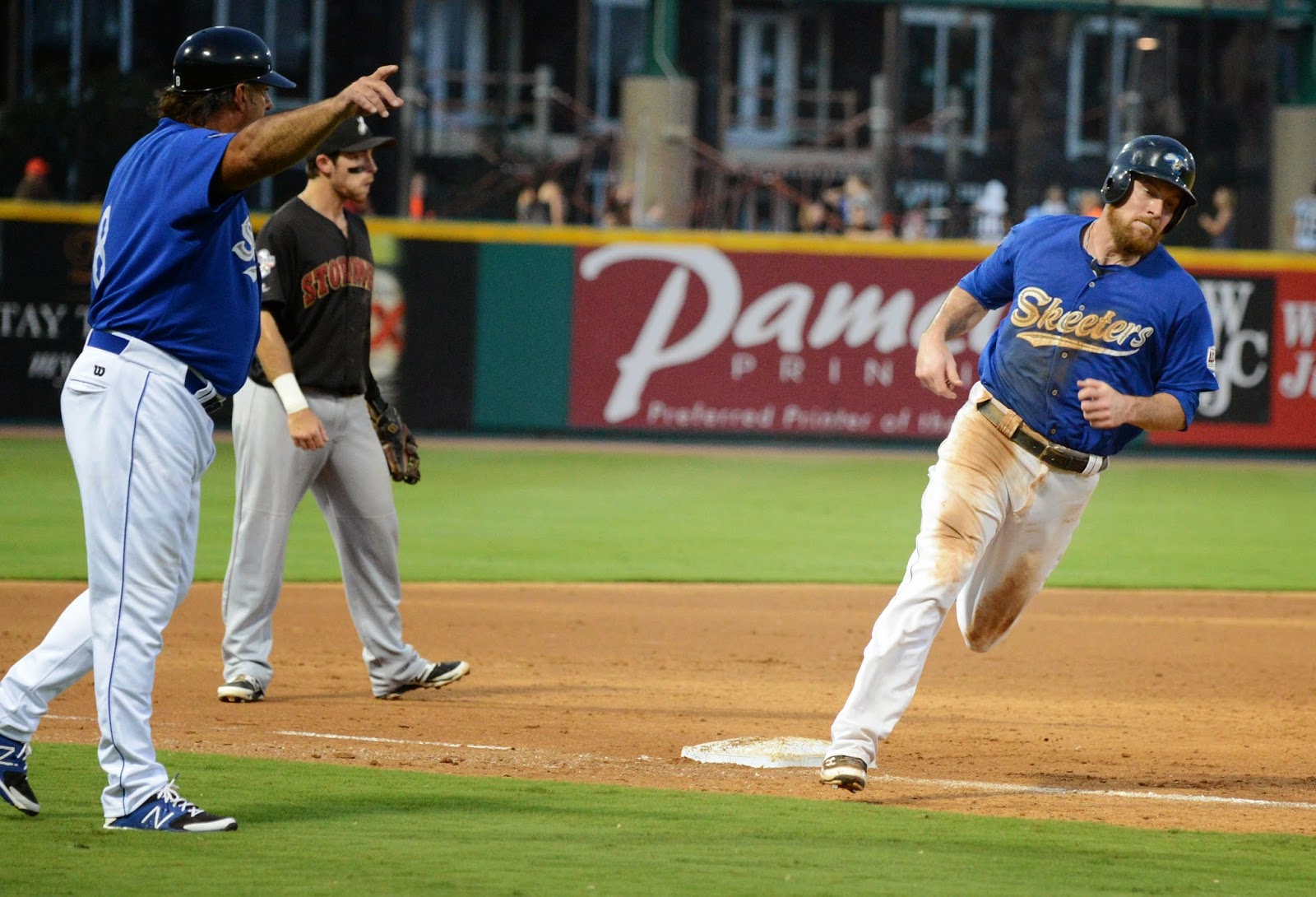 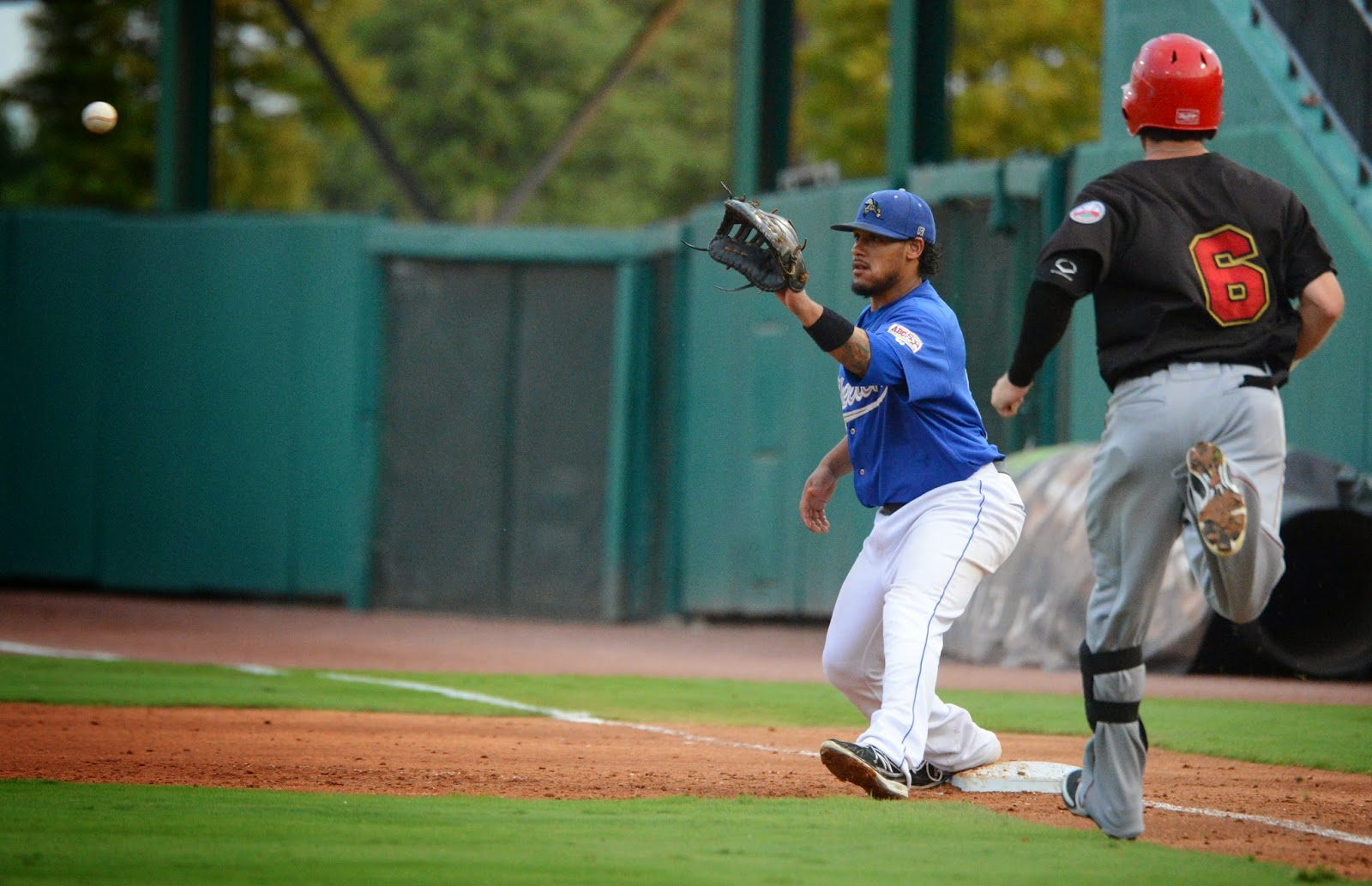 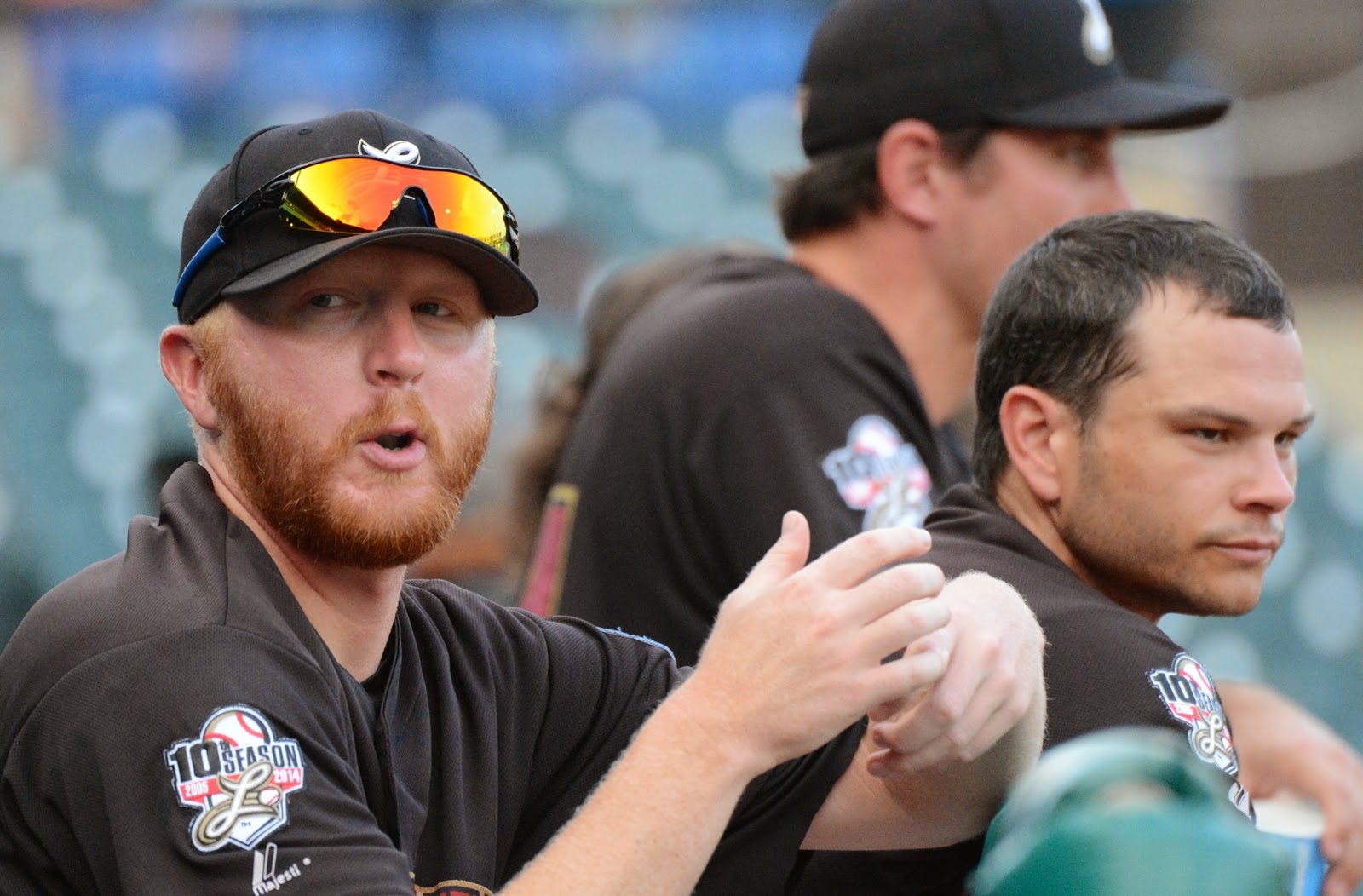 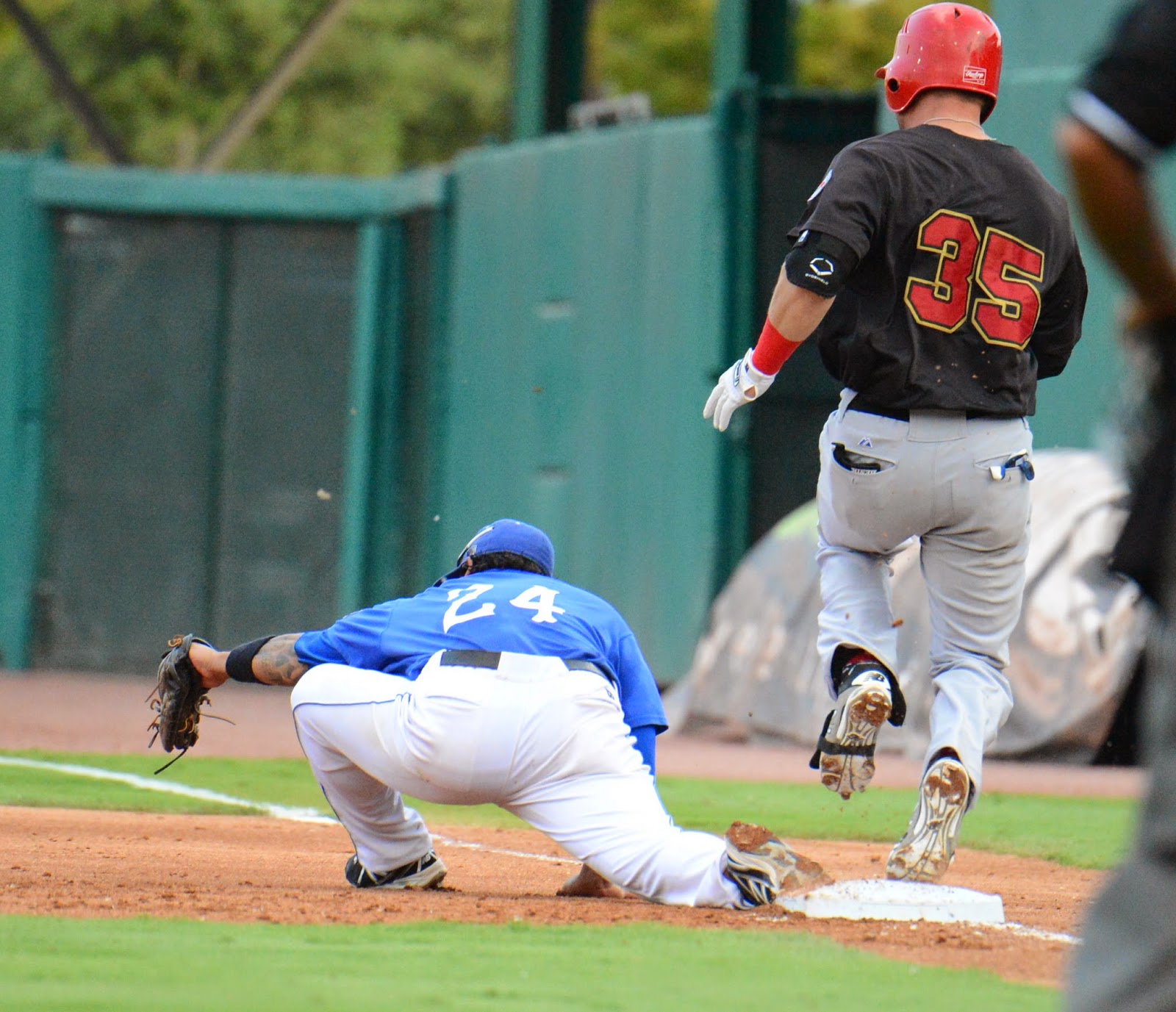 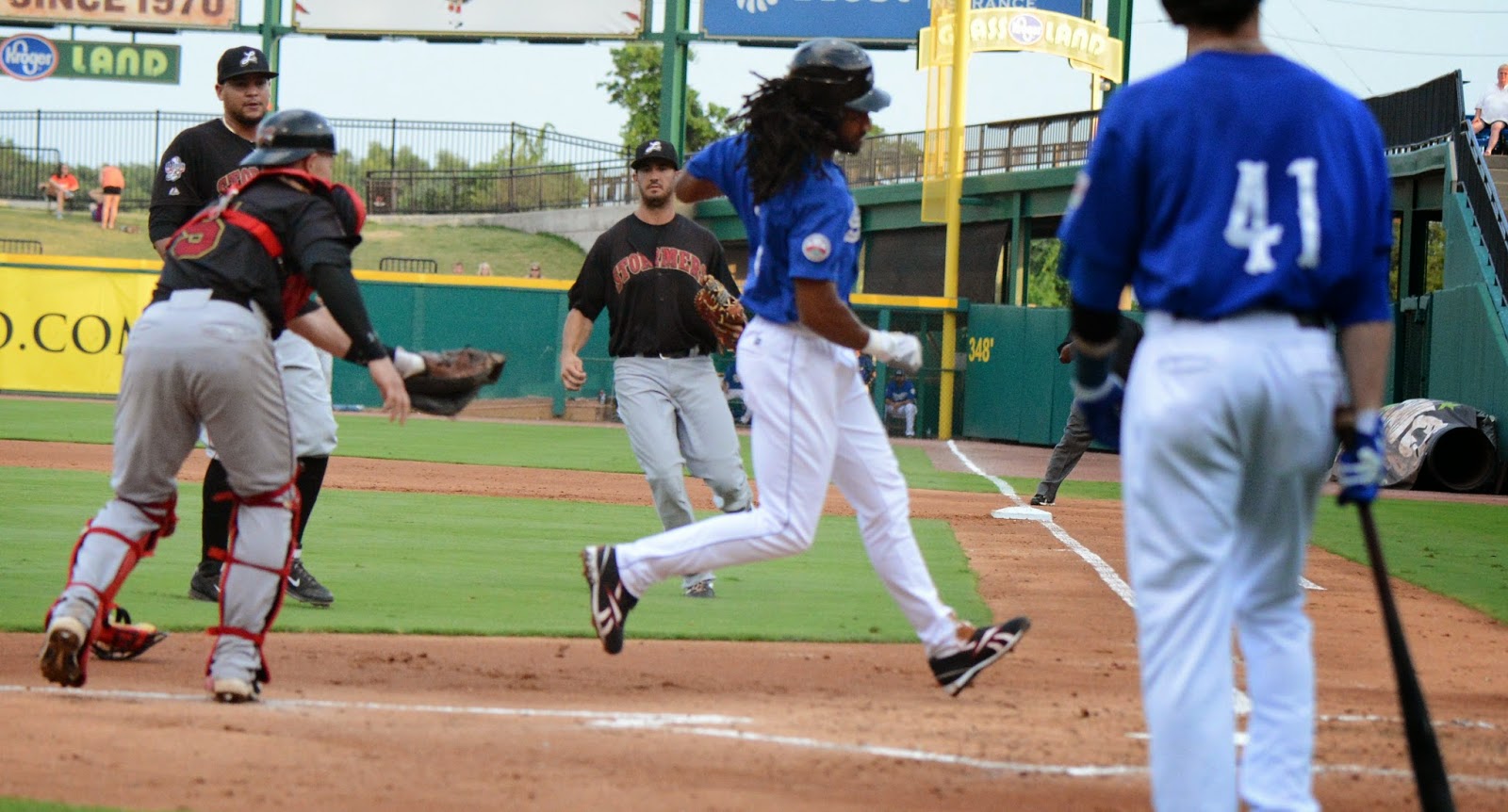 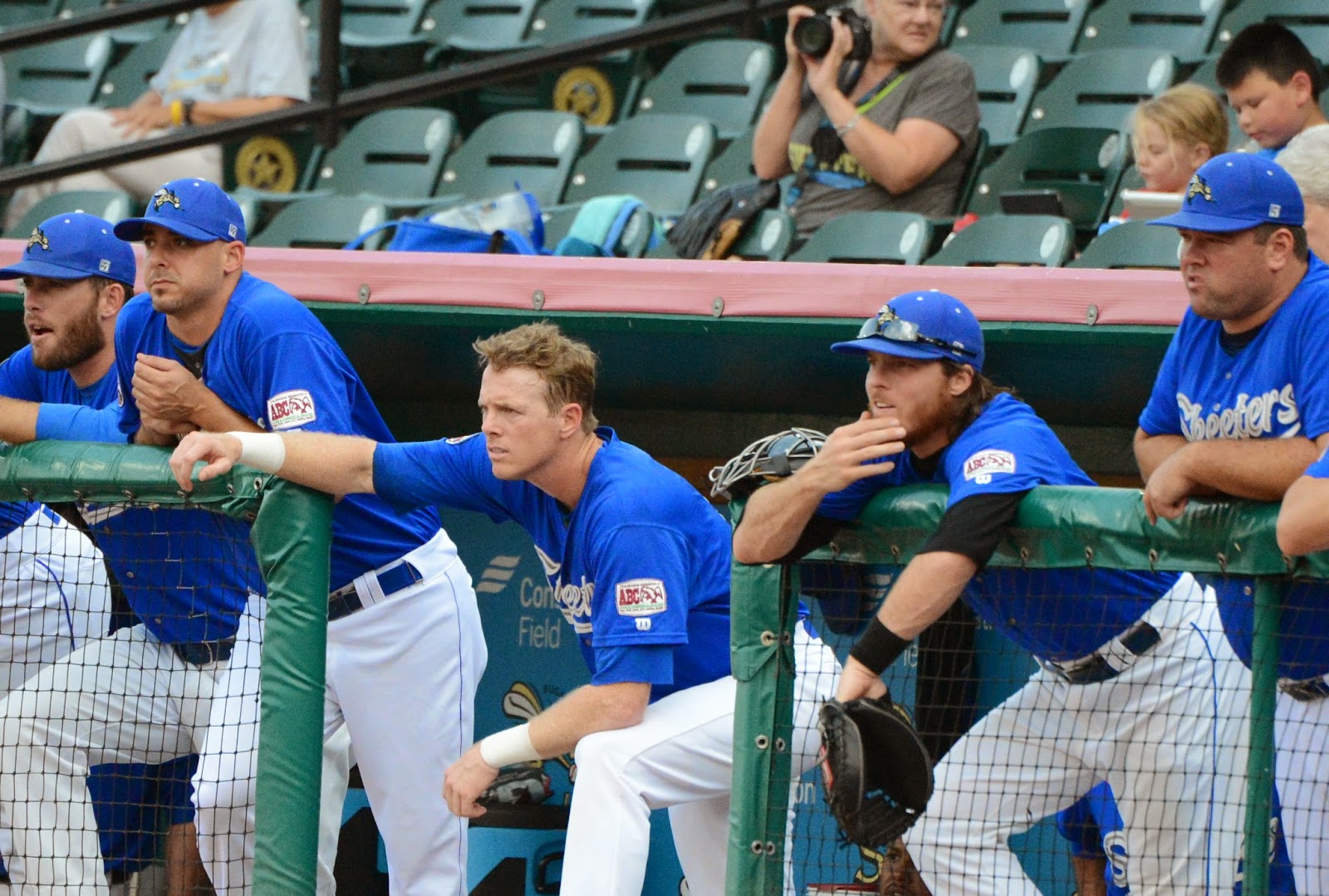 SUGAR LAND, TEXAS (July 21, 2014) Erupting for three hits in the first inning, the Sugar Land Skeeters went on defeat the Lancaster Barnstormers by the score of 5-3 at Constellation Field in the Houston suburb of Sugar land on Monday, July 21, 2014.

They added additional runs in the third and fifth innings to secure the win and take the current series against the Barnstormers to 2-2.


Skeeters’ designated hitter Nick Stavinoha was a monster at the plate; going 2-for-3 with two runs and one RBI.


The Cypress, Texas native, who  last played for Hiroshima Toyo Carp in Japan, raised his batting average to .250 for the season.


Right hander pitcher Clint Everts pitched seven complete innings for Sugar Land; giving up a single run off three hits. He is now 3-7 with a 5.80 ERA in 15 games.


Joe Gardner received the loss for Lancaster, his first of the season, dropping to 1-1 in three games.


In the three previous games of the six-game home stand, Lancaster won the first two games; 5-2 on Friday, July 18 and 5-4 on Saturday, July 19.

HOUSTON, TEXAS (July 5, 2014) Jordan Jackson got the Houston Dash on the scoreboard in the 81st minute, but it was not enough to overcome the Western New York Flash scoring three previous goals as the ladies in orange and white fell to the their NWSL rivals by the score of 4-1 at BBVA Compass Stadium on July 5, 2014.


The Flash scores three unanswered goals before Houston was able to get on the scoreboard, and added an insurance goal when Houston’s Becky Edwards scored an “own goal” for the Flash in the 89th minute.

The Dash had topped the Flash in their two previous meetings, but came up short in front of the 3,693 fans in attendance on Saturday evening.


Jasmyne Spencer got the Flash on the scoreboard in the 13th minute with an assist from Samantha Kerr.


Kerr then added her name to the scoring: sending the ball into the goal off an assist by Carli Lloyd.


Sonia Bernudez added their third goal, off a pass from McCall Zerboni; in the 80th minute.

With the loss, the Dash fall to 3-10-2 (11 points) and 8th place in the National Women’s Dsoccer League standings.

HOUSTON, TEXAS (July 4, 2014) With the World Cup winding down and both teams back at full strength, the Houston Dynamo and New York Red Bulls battled to a two-all tie in front of 22,315 fans at BBVA Compass Stadium on Friday, July 4, 2014.

The Dynamo wasted no time getting on the scoreboard, when forward Giles Barnes nailed a shot past New York Red Bull goalkeeper Luis Robles 40 seconds into the game to take an early lead.

The Red Bull came back and tied the score in the 13th minute when forward Bradley Wright-Phillips deftly slipped the ball past goalkeeper Tally Hall.


The score remained tied at halftime with neither team able to gain an advantage on the pitch.

The Red Bulls pulled out to a 2-1 lead in the 72nd minute when Wright-Phillips scored his second goal of the game off a pass by defender Ambroise Oyongo Bitlol.

Brad Davis, fresh off his appearance for the United States in the World Cup, nailed a penalty kick in the 82nd minute to tie the score and secure one point for the Dynamo.

In 20 meetings against the Red Bulls, Houston has posted four wins against nine losses and seven ties.

Wright-Phillips’ two goals against the Dynamo raised his count to five versus Houston in 2014.

In their last match prior to their Fourth of July holiday game, New York downed the Dynamo 4-0 on April 23, with Wright-Phillips scoring three goals to lead all scorers.

With the tie, Houston ends a five-game losing streak and will next play Montreal on July 12 on the road.
Posted by TexSport Publications at 7/04/2014 10:18:00 PM No comments:

HOUSTON, TEXAS (July 4, 2014) The Houston Dynamo honored the Armed Forces of the United States during their 2-2 tie against the New York Red Bulls on the Fourth of July, 2014, in a celebration that was appreciated and enjoyed by military personal, fans and players alike.

La Vita Loca Photography's Darla Tamulitis was on hand to capture the pregame activities. Below is a montage of her photos on the 238th birthday of the United States. 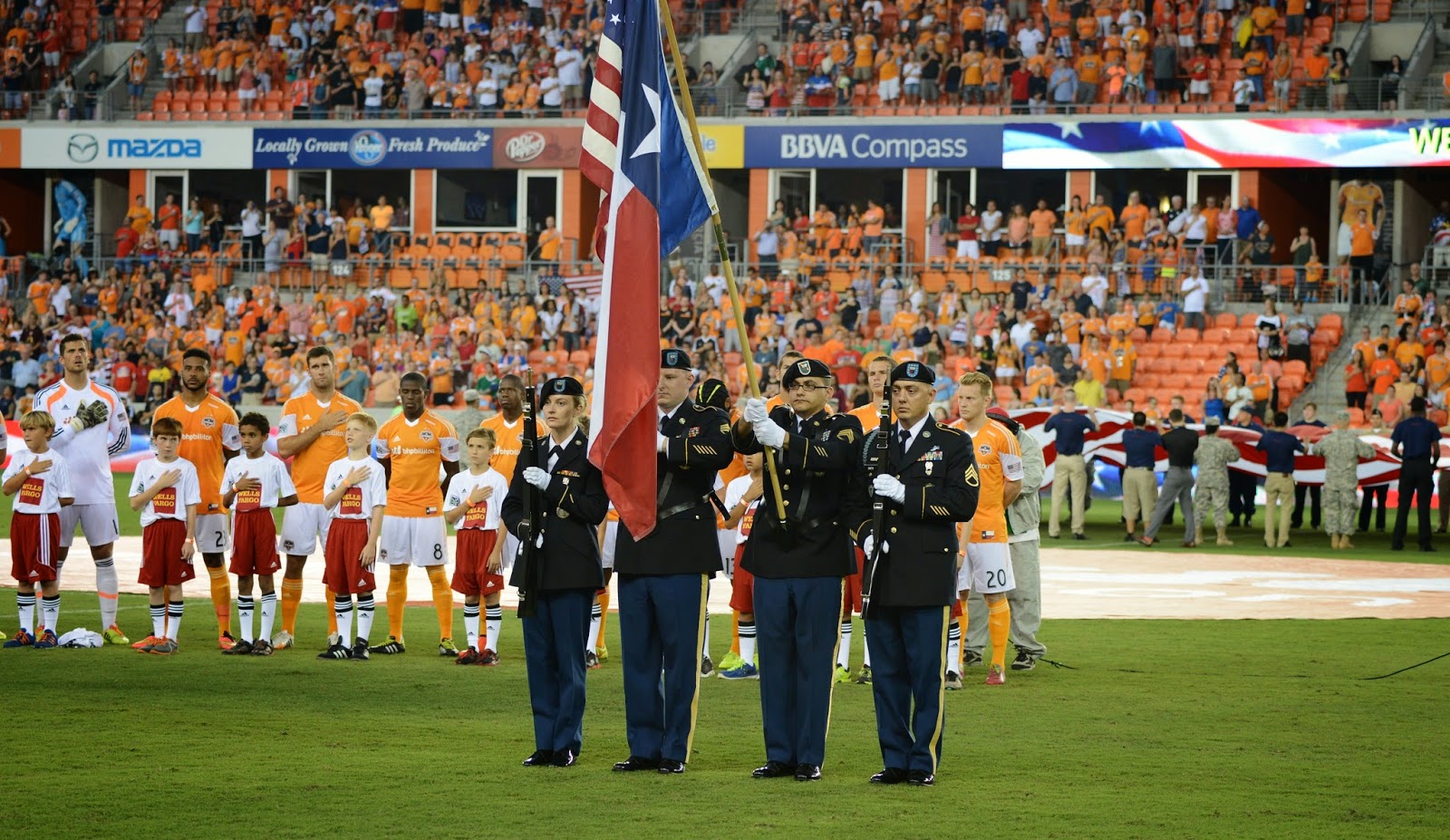 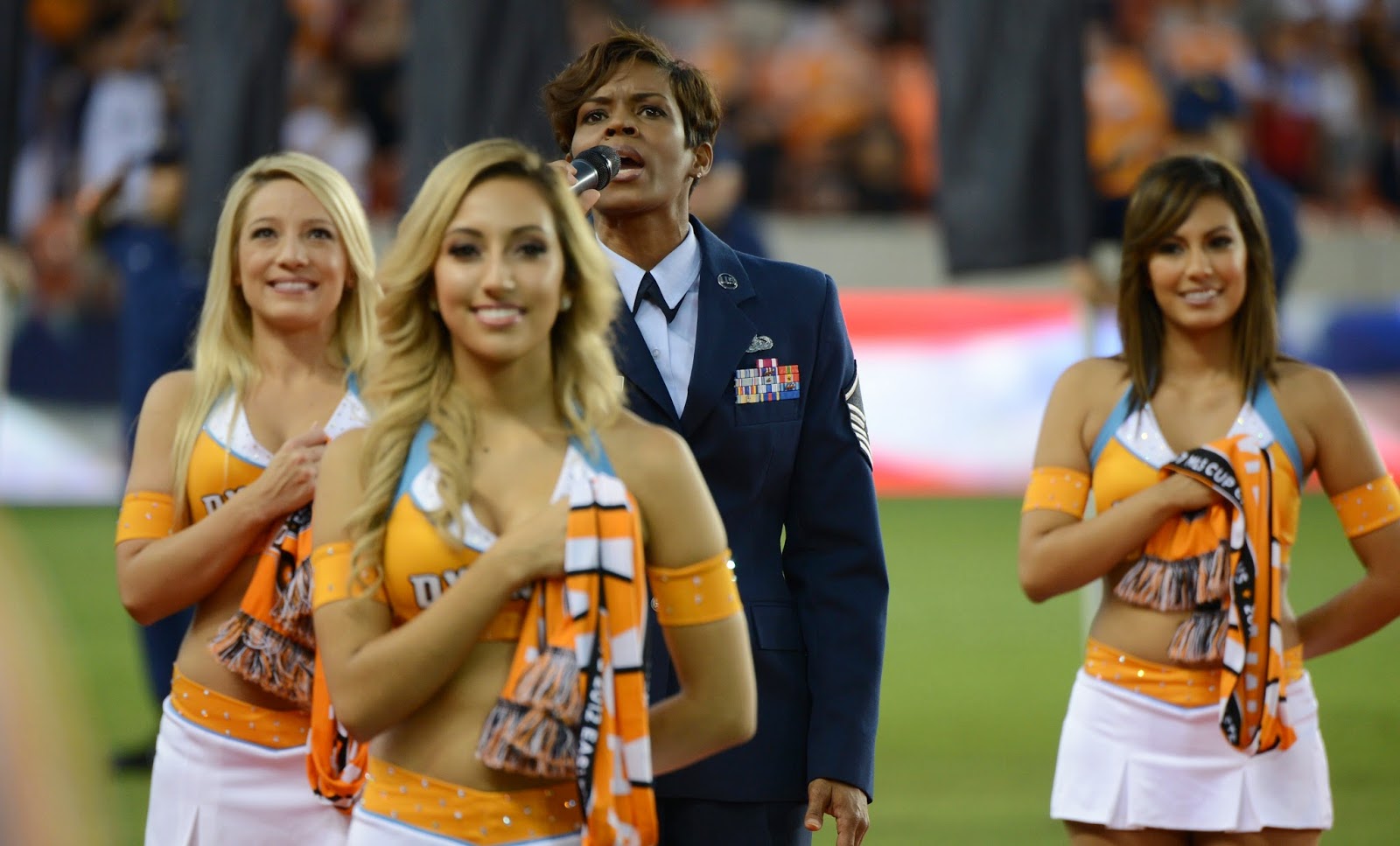 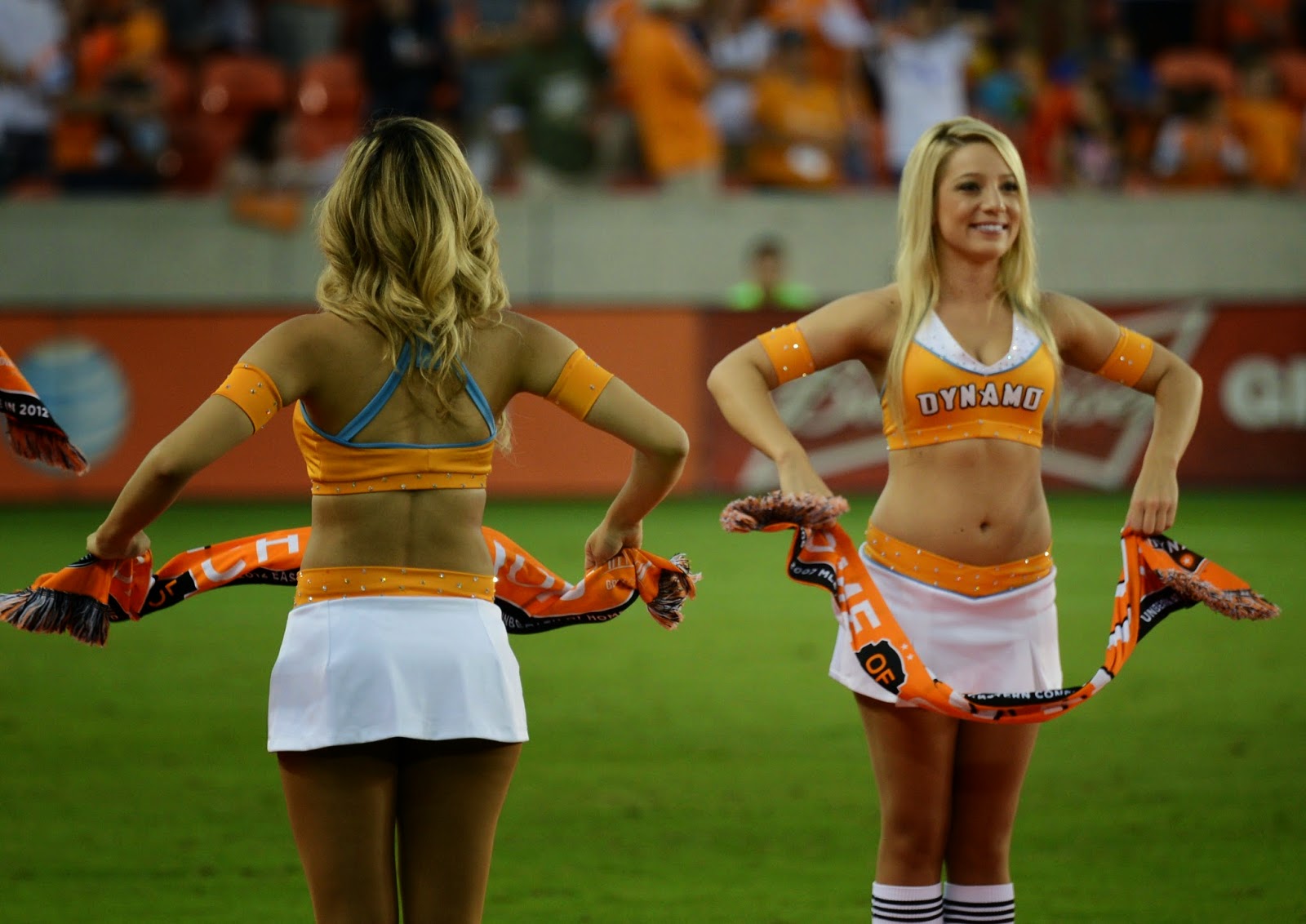 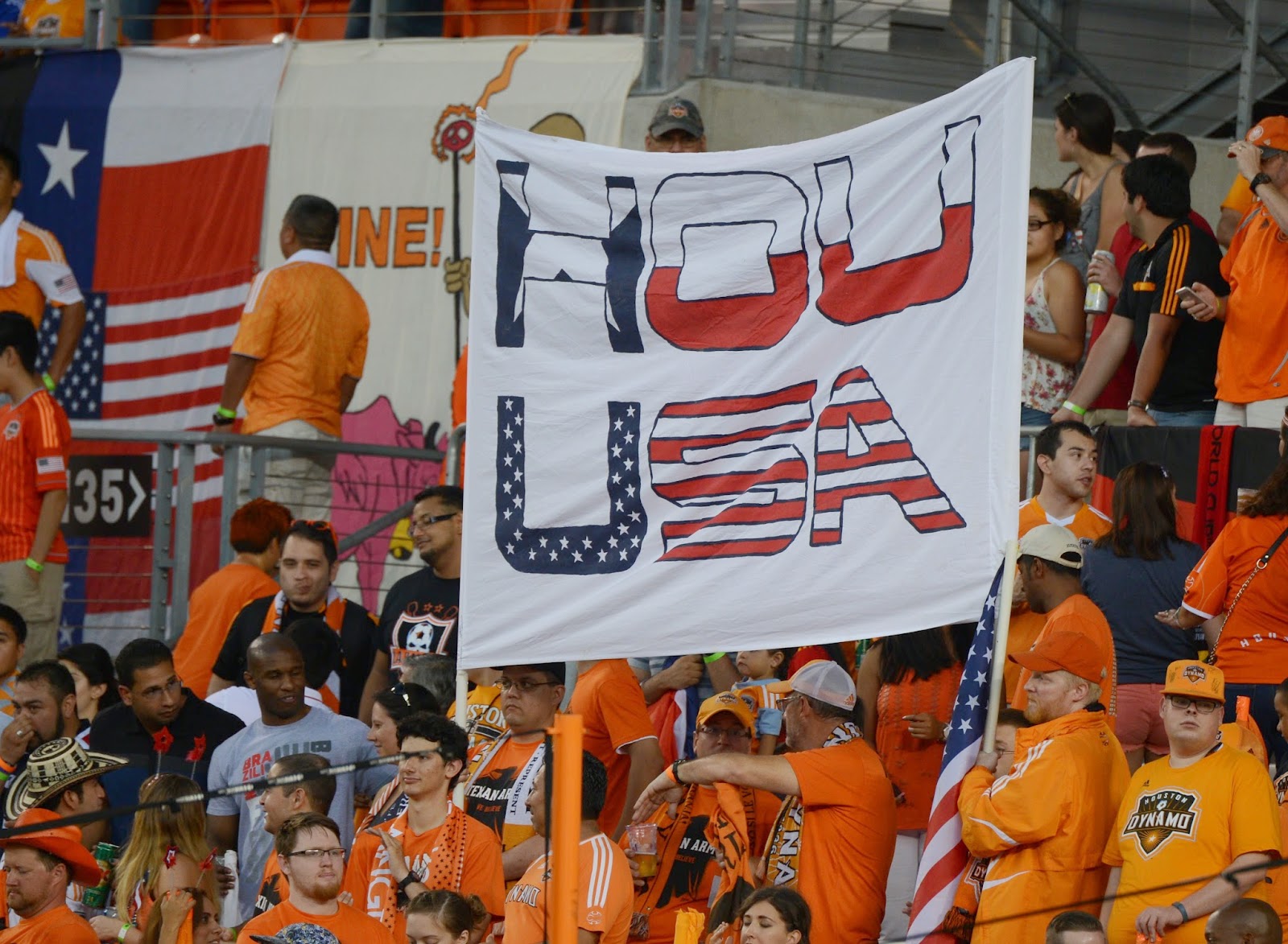 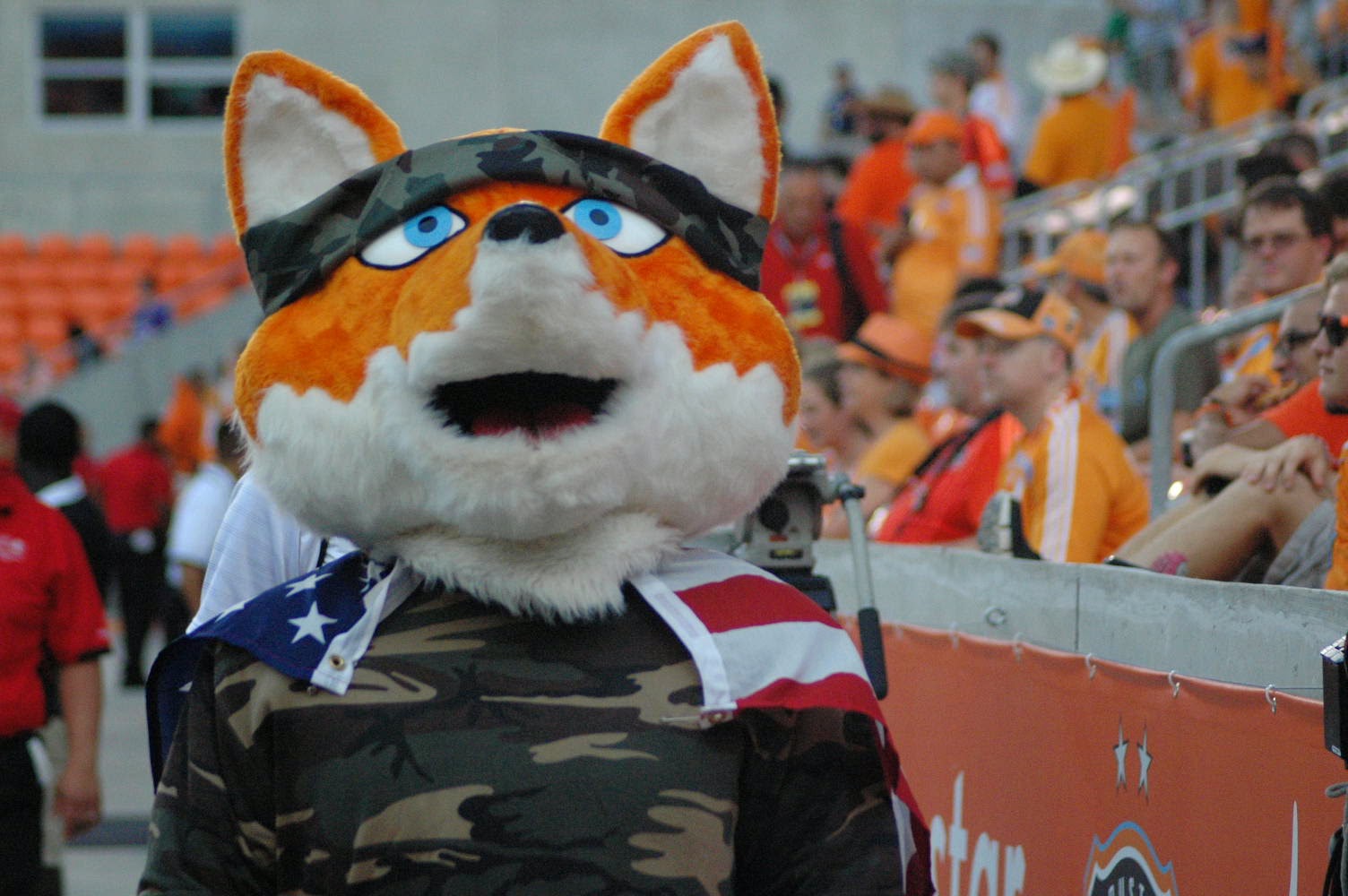 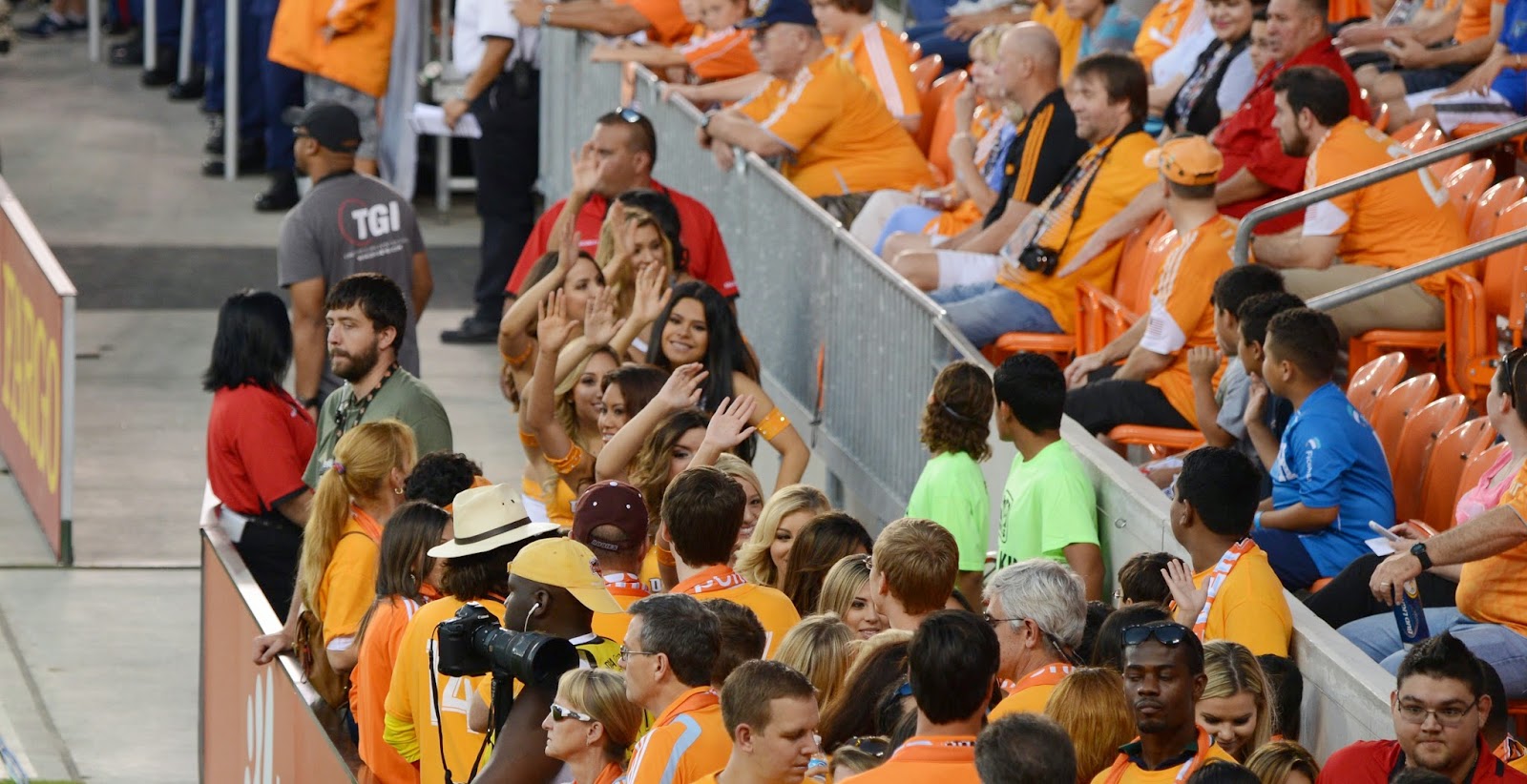 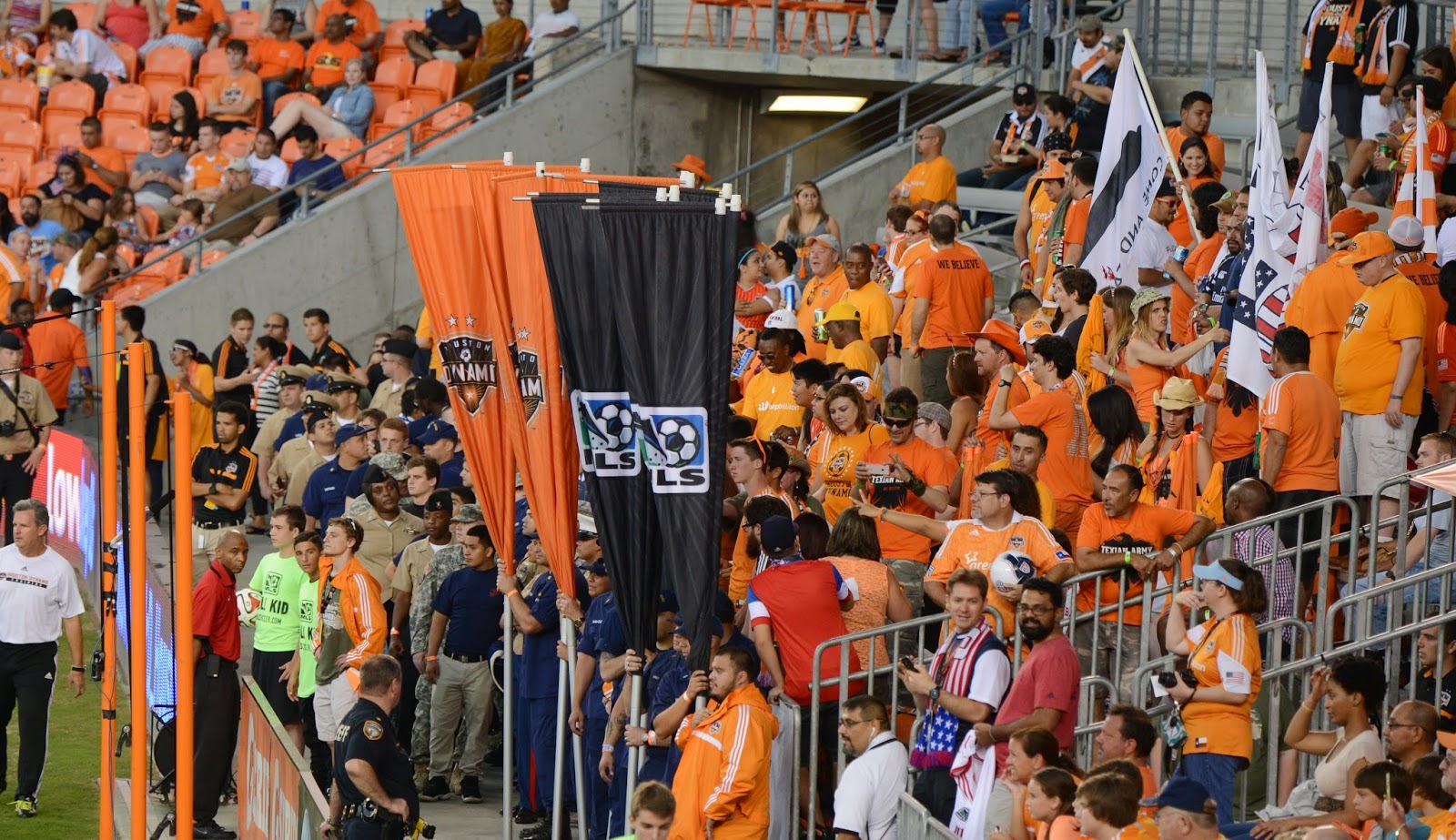 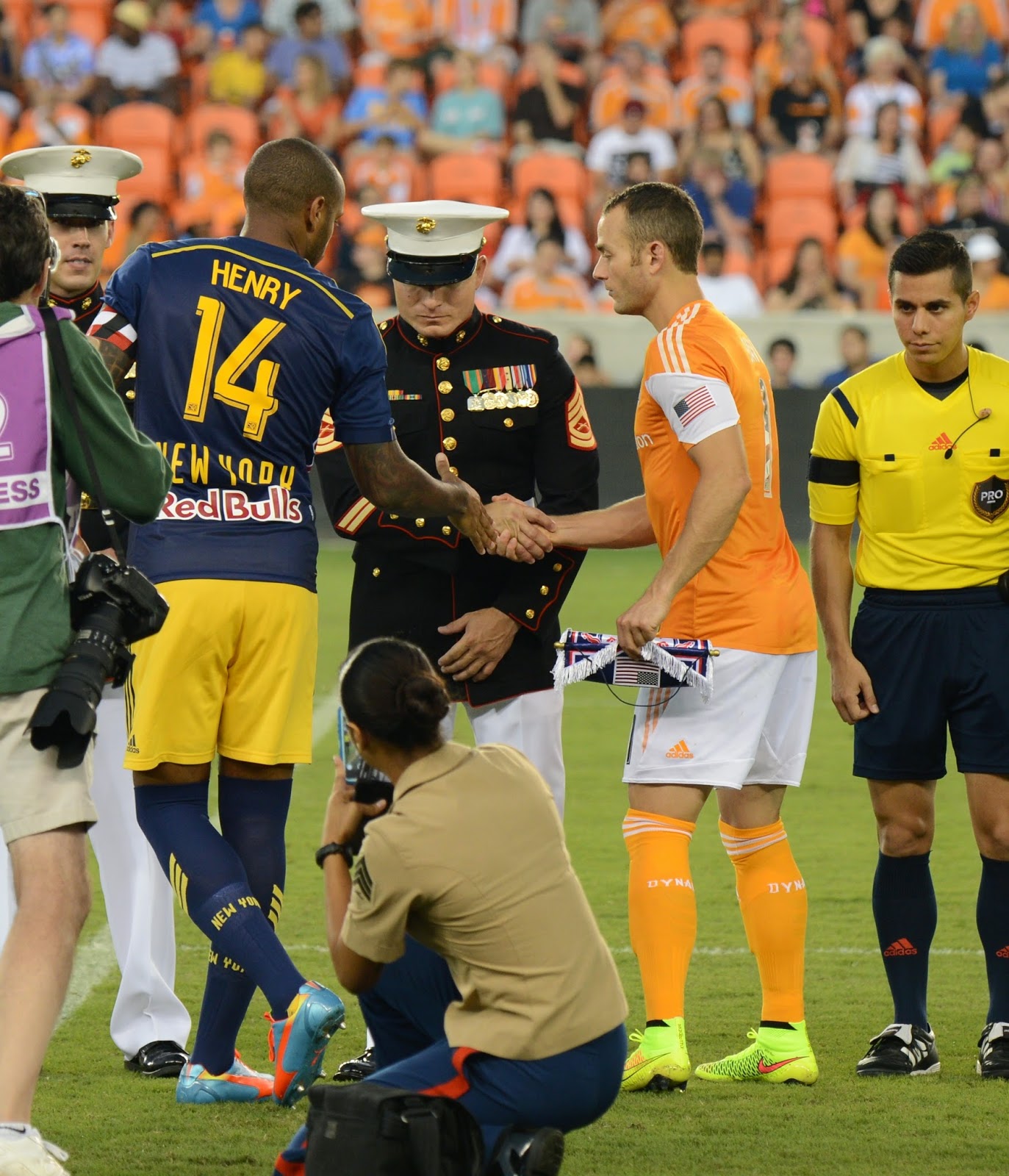